I finally dug out the improvisations I sang a few months ago to go along with my illustration of „I Heard You Singing“. I took a nice little motif from the second improvisation and captured it as a basic melodic concept. I then performed a kind of meditation on the piano and tried to bring the two color worlds of the picture into harmony, or rather to make their contrasts audible.

From my chain of associations of that time the following text has arisen (further corrections have been made after the recording):

I’m walking down a path, until a crossing split its way.

I make a choice and take a turn where cornfields line my path.

Above me is a starry sky, down here a warming breeze

My shadow wanders next to me and holds me tenderly

What if I took the other turn?

Would it all be upside down?

Me in darkness, and high above

Would there shadows be around me, swallowing my own?

What if I had been another soul following the other road?

The following is a record of the various stages of the composition process: 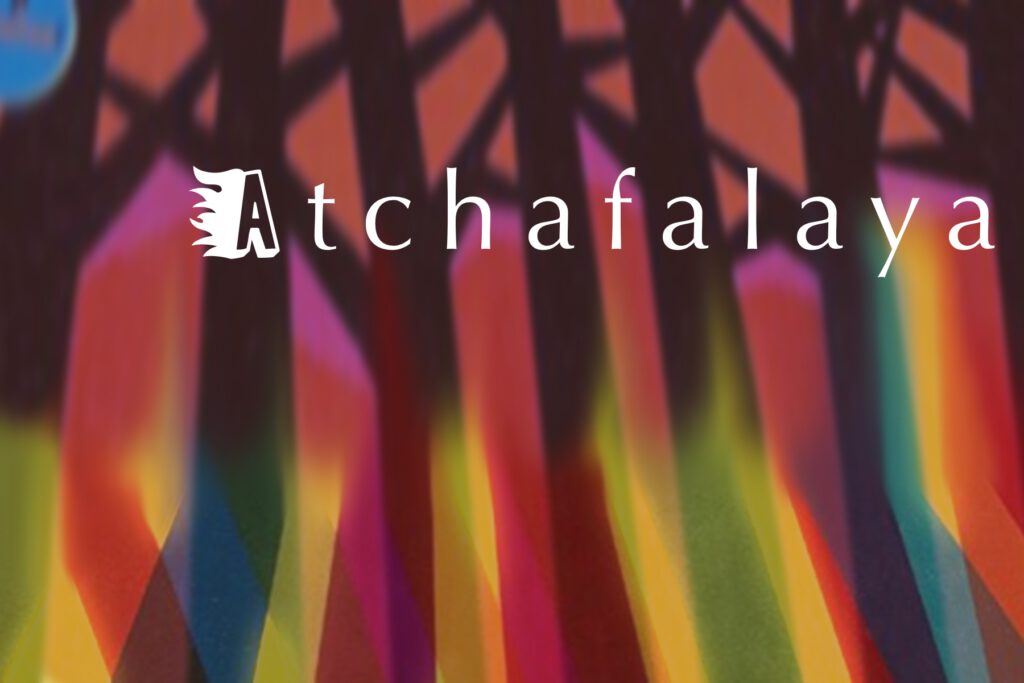 Take a listen to the original:

One of the albums that I have probably listened to most often and most actively is SYLVA by Snarky Puppy. Each song on its own is a masterpiece in my opinion and I highly recommend the videos of the live concert on Youtube!

The lively and brassy arrangement first made me give the background a color scheme of very warm orange and red tones. For the contrasting patterns in the left foreground, I took as inspiration the bass line heard in the solo part (min. 02:34). Its driving character and simple movement in second steps are roughly mirrored here visually. My self-assigned task for this painting is to develop a bass line that follows the painted pattern. I kept to the downward movement in second steps and added a fast eighth note movement at the end.

The following thoughts and associations emerged from this painting:

Is there a higher power playing with us?

Maybe there is a god’s mother above, not a father

Rocking back and forth, letting tide come and go

Do you want to escape the gaze of the universe or be seen by it?

The development of the song idea „GODDESS“ is documented below: 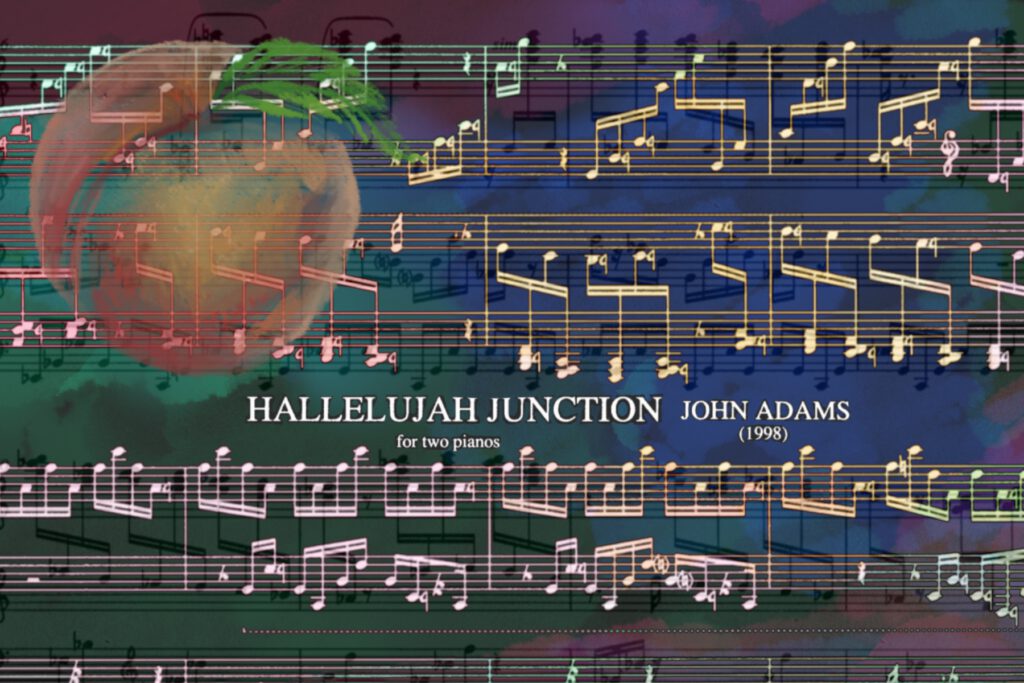 To tackle the task self-assigned in the last post, I have chosen a piece by John Adams for two pianos – Hallelujah Junction Movement 1. For me, it belongs to the category of pieces that make me feel like I am in a very sheltered comfort zone. The minimalistic approach of the composition evokes trance-like states and is equally driven by the element of tension and release.

In my drawing, a repeatedly appearing colored line on a dark background serves as a projection surface for the repeated initial sequence. It changes from time to time, reappearing slightly offset next to the previous line.

According to my subjective feeling, the wavy basic structure of the main motif draws a long arc of tension until minute 4:15. At this point the piece frees itself from the unstoppable stream of the minimalistic pattern and opens up into a new, catchy sound world, which collapses after 20 seconds and transitions into a very percussive final part. I made the releasing part clear by using the simple and naturalistic shape of a peach to contrast the preceding babble of voices.

In my 3 minute association phase, the following thoughts emerged:

I had a conversation the other day.

We talked about the future.

Where do you see yourself in 5 years, he asked.

And my answer was: Here.

That probably came across as pretty uninspired.

I asked myself the other day

And my answer was:

Whoever time has made me by then.

Does that seem kind of aimless now?

So far, only a lyrical idea has emerged from this picture but no song idea yet.