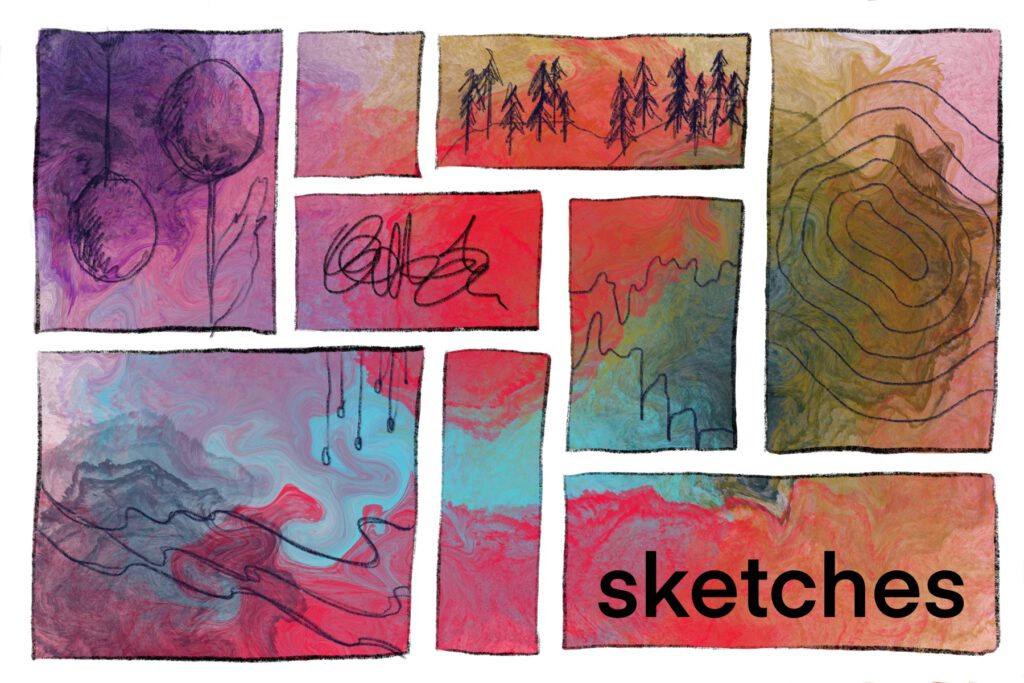 The last drawing revealed a drawback of my method: I am now not only confronting myself with the demands of a musical idea and the performance of it. I also bring an aesthetic demand to my paintings into this working process. My visualization of „In My Bones“ is nice by design and I enjoyed the realization, but the incentive to compose becomes smaller if I am not completely convinced and on some level satisfied by the visual appeal.

A possible solution to this problem would be to distance myself a bit from the idea of creating a new piece of art every time, which has to meet an artistic standard and fills a whole sheet of paper. Perhaps the simple sketching of certain musical elements is enough. Color schemes, linear drawings. In this direction my method could be thought further, in order to work against the general aesthetic requirement and to leave more free space.

Also, the planning of selected songs could be replaced by the direct and unprepared confrontation with previously unknown songs or the rough visualization of a randomly discovered, catchy motif.

Thus, a certain suitability for everyday use may be favored and I imagine the artistic implementation of a „first impression“ also very interesting.

Likewise, consideration can be given to limiting the transformation process to one direction. My involvement with film composition has shown me how much creative stimulus a film scene can have for the development of musical motifs. The setting to music of already existing visuals (whether of a animated or motionless character is left up to the performing artist) would of course leave the initial methodological framework here. Breaking down the visual impressions to a specific impulse or motif would nevertheless allow for a simple task that can ease the way into compositional work.