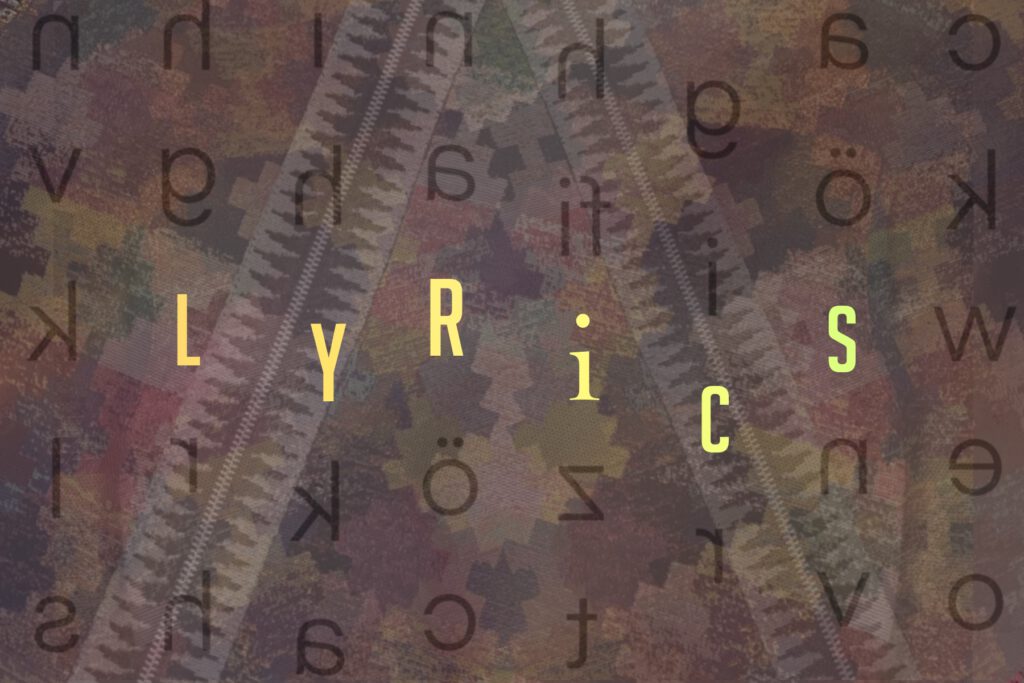 A lot of composing for singers always revolves around lyrics. I write most of my lyrics in English because of the international comprehensibility and the simple fact that the language feels good to be sung.

But it is not my native language and as soon as I sit in front of the blank sheet of paper, I often find it hard to find a beginning. The fear of lacking authenticity is always there subconsciously, which is why I always have texts proofread by native speakers.

I love the German language, I have always read a lot and written in German. I especially love its complexity and imagery, which is unfortunately difficult to translate into English. As soon as I get too poetic in German, the sentences don’t translate well into English.

I released two songs last year whose (English) lyrics strangely enough just fell into my lap. The message is simple but unmistakable, exhilarating and relies on simple metaphors.

I could extremely relate to a few thoughts Jacob Collier expressed regarding songwriting. Don’t try to reinvent the wheel, start with simple phrases, don’t always set the starting point of the narrative perspective with yourself but juxtapose two people/things/places…. Here you can get your own impression of his thoughts:

My method has now proved particularly helpful a few times when it came to developing new lyrics.

Through the association sessions, the paintings allowed me to encounter new topics to which I might not have devoted myself without the visual impulse.

In addition, a sung melody emerges more intuitively and precisely through the medium of words than through compulsively rhythmicized vowels.

So it is also of great benefit to my improvisations.

In summary, even if no direct musical impulse follows the visualization, I see a clear support in the creation of new lyrics and an improvement in the writing flow. 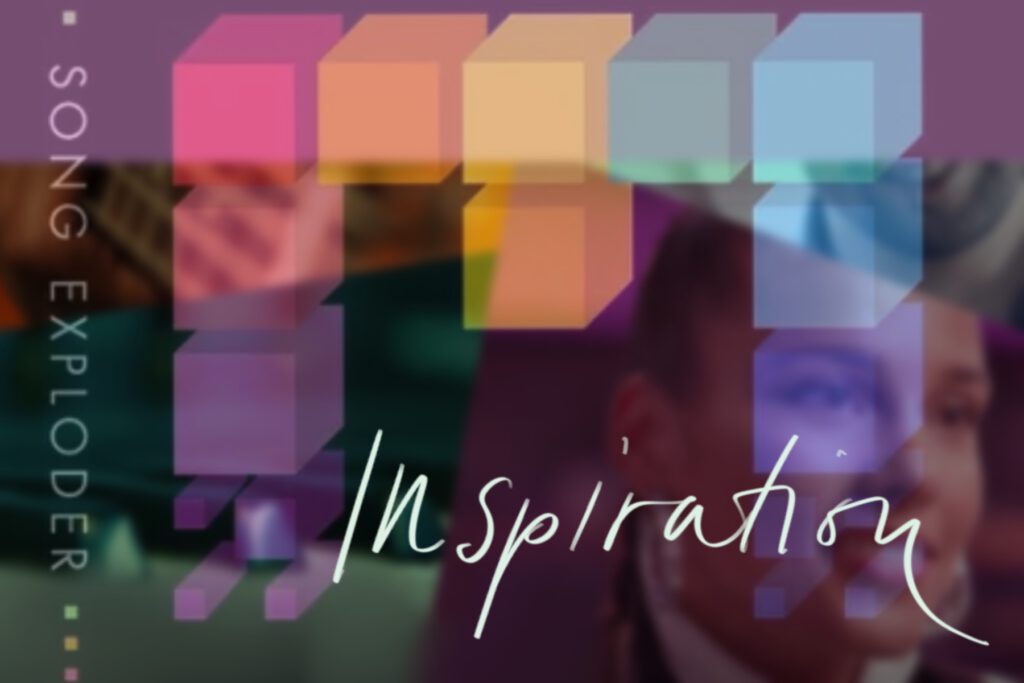 I discovered an interesting series on Netflix – „Song Exploder“. It documents the history of making various songs by well-known artists. It gives a private insight into the composing processes of the artists and their recordings in the studio. I was particularly inspired by the episode about Alicia Keys and her song „3 Hour Drive.“

I don’t want to get too much into detail, the series is well worth watching and can definitely provide some inspirational input here and there.

Alicia Keys collaborates here with her frequent studio partner Jimmy Napes and U.K. crooner Sampha. The simple realization from this for me was how much I miss songwriting together with other people. I can look for as many sources of inspiration and methods to give my own writing more drive, however, it can not replace the exchange with other band members. My own world of ideas is limited somewhere, which I can sometimes only overcome by the new impulses of the world of ideas of others. After finishing my research I definitely want to take some time to sit together with my fellow musicians and write some music. 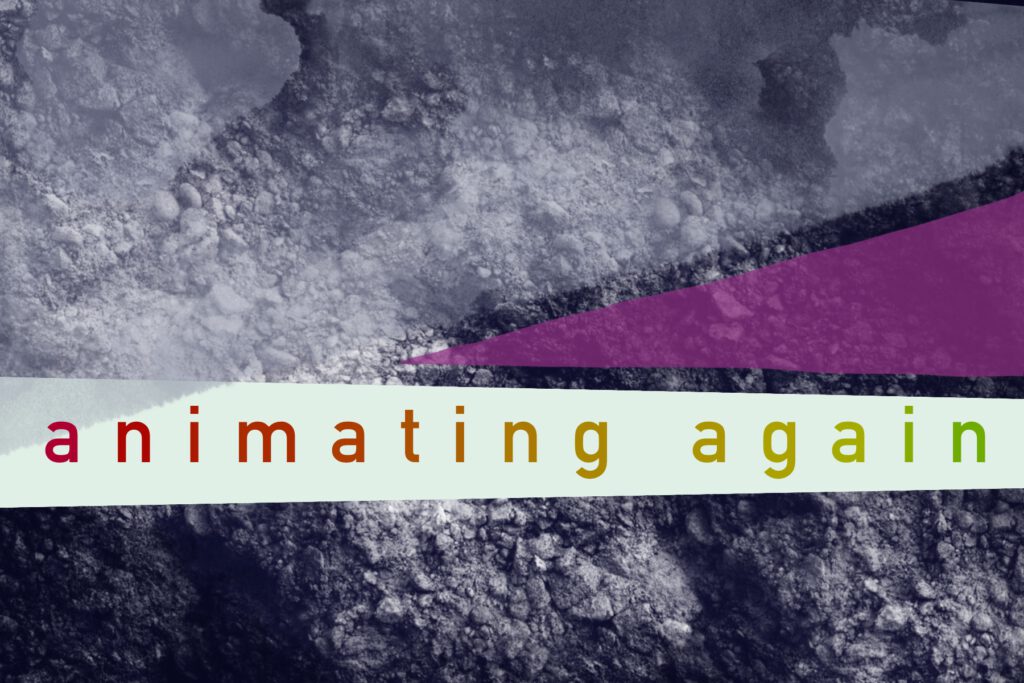 Similar to my paintings, I find that I need an atmospheric foundation to make detailed drawings. I approach compositions in a similar way: Harmonies often emerge first on the piano before I devote myself to developing a melody.

Lest We Forget has been floating around in my head for a while as a well visualizable song. The clear melody line, on which the focus lies, is in favor of an equally clear drawing on atmospheric ground.

I deal with the latter first by choosing a blue foundation, which gets something earthy through the use of a certain structure. At this point, the working title „SOIL“ is created.

I extract the creation of the background as a time-lapse video and slow it down in iMovie. Finished is the intro for the improvisation. After I decided not to meticulously mirror what I hear in the visual, the white melody line that I animate in the animation program flipaclip follows Esperanza Spalding’s vocals only in its basic movement and does not run perfectly synchronized with the vocal movement. Both movements are nevertheless perceived as belonging to each other. The already established melody line now appears once again in a different color and placed differently in the image. A third line joins it in a different form and color like a kind of echo. It occurred to me that Spalding’s melody could be placed in a canonic context, and I now establish this for the subsequent improvisation.

At this point I realize that I am already dealing with the compositional process, in that I am already influencing the course of the improvisation in advance through the use of fixed melody lines, color changes and the progression of the form.

Of course, it remains to be seen whether the implementation in the simultaneous situation of improvising will occur in exactly the same way, but nevertheless an improvisation concept based on visual composition emerges at the point I am at.

I see myself facing a small challenge in presenting a rhythmic concept. That’s why I keep it puristic at this point and pick up the rhythm of the song only rudimentarily through light impulses. It will be hard enough for the rhythm section to react simultaneously to the visual stimuli.

It is important to me to have a harmonic change in the further course, so here I choose an offensive contrast between blue and red. A clear but not too abrupt return to the „initial harmony“ of blue should form the final frame of the video. The melody line slowly dissolves and merges into a more naturalistic starry sky.

Esperanza Spalding, on her album 12 little spells, has assigned her songs to different elements of the body. Lest We Forget is dedicated to our blood. So with the help of the bluescreen function, I added some shots of blood cells under the microscope. It provides another moving element and picks up the substance of her lyrics in a naturalistic way.

You can watch the final result here: 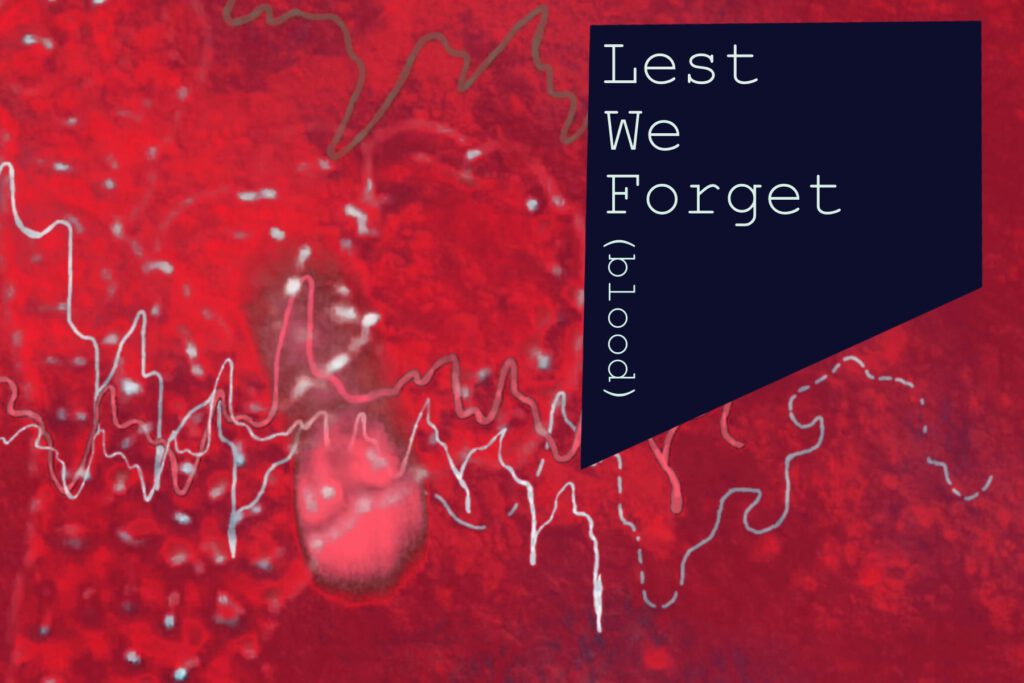 25/33 Getting Back Into Animating

Last year, my song „Hidden Path“ was created as part of the master bands. Due to the corona situation, we spent a whole day recording the songs that were created instead of doing a final concert.

This year it’s going to be different and we’ll spent the next month rehearsing a set of original compositions of the master students which will see the light of day in a concert.

I thought about using this project to put my method of sound-based visuals into a larger framework. The improvisation in the group. For this I would like to involve all master students.

For this I will use the next weeks to animate another video, on which the improvisation is oriented.

From this, various possibilities emerge to implement my method in the group. My first impulse was to divide the project into several stages:

1: Improvising in the group during rehearsal

2: Own composition, created from the preceding improvisation

3: Rehearsal of the composition

If I look at this approach realistically, such a large group and variety of instruments will either lead to a lot of chaos within the improvisation, or to a hesitant indecisiveness, because nobody wants to interrupt the ideas of others. In both cases it can be assumed that the inspirational revenue for a resulting composition would be rather sparse.

To prevent this scenario, another approach would be to improvise over a longer period of time. Here, the group would improvise on the video several times over the course of 2-3 weeks.

I imagine that in this scenario, ideas or motifs would solidify or occur repeatedly once the visualization is internalized. From here, the path from improvisation to composition is paved. The approach may already intuitively give composing the space to emerge on its own.

Realistically, however, in our rehearsal situation, there won’t be quite the time for it. The door opens and closes, time is limited, the group will not be the same every week. In the end, I will have recorded a lot of improvisations, which will probably stand on their own and in no context. From here I could pick out motifs randomly for the following composing process. From my point of view, the whole thing shows too much arbitrariness.

So now there is a need of narrowing down the impro scenario in some way. The improvisation should retain the value of the unmediated and not constructed. At this point there remains a final possibility of implementation: the group of master students sees the visualization for the very first time in the concert situation. Here the question arises whether the group should be given the chance to perform several improvisations in order to feel confident with the situation of improvisation. This could be helpful especially with such a large ensemble. On the other hand, the immediacy of the experiment is increasingly lost.

An alternative would be to divide them into two groups and let them improvise one after the other.

Possibly the finished „music video“ gives the necessary impulse for a final decision of the realization. 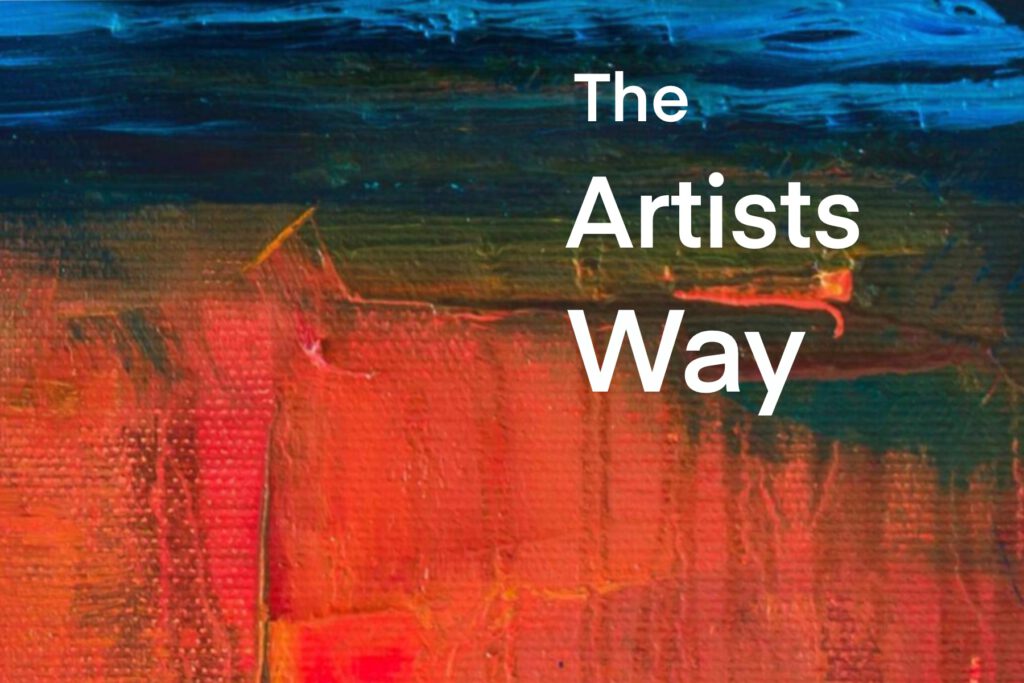 With Sabine and a few vocals students of the Conservatory we have started „The Artists Way“ workshop by Julia Cameron. It is a 12-week program that was transformed into a book and includes texts and instructions as well as a list of tasks for each week.

It’s definitely easier to keep on track when there are regular check ins with a group of people where you can interact and share a few of your experiences.

I have dealt with Cameron’s principle of morning pages before. At that time they were very helpful for me in a difficult personal phase. Every morning I wrote 3 DIN A4 pages full of thoughts without them having to lead in a meaningful direction. I felt really productive already after getting up and had the feeling to carry a little less ballast around with me throughout the day.

Now I’m starting the workshop again, but I’m noticing that my rather irregular schedule makes it difficult for me to write the morning pages. I often get to bed late, so I’m too pressed for time in the morning. I’m commuting a lot, which makes routines difficult, and sometimes I forget my papers I’m writing on. (Sounds like a lame excuse – I know.)

It’s another aspect of this workshop that I’m taking a lot from this time. The so-called artist dates. The task is to take a time unit of max. 2 hours every week and fill it with an activity that is good for me and my inner artist child. I have made a list of activities that I have already tried and further possibilities.

Providing the brain with new stimuli was an important creative impulse for me. I bought an ocarina and the instrument was surprisingly easy to learn. It gave me a great push and I set out to sample some ocarina sounds for upcoming recordings.

It was simply activities like painting with finger paints or making an embroidery that got me in a really meditative mood and rather gave my brain time to rest. Keeping myself busy with supposedly useless things or hobbies that have little or no artistic output has proven to be exceedingly beneficial as far as my artistic capacities are concerned.

For the things I had tackled anew, I was able to create a nonjudgmental space, detached from demands, in which I stayed, at least for a short time, as well when composing.

I recognize a consistent pattern here that has also led me to take my research in the direction I have taken now: Dealing with other forms of art or creative activities, inspires me for my own art. It has a refreshing effect on my mind and gives new impetus to creative processes.