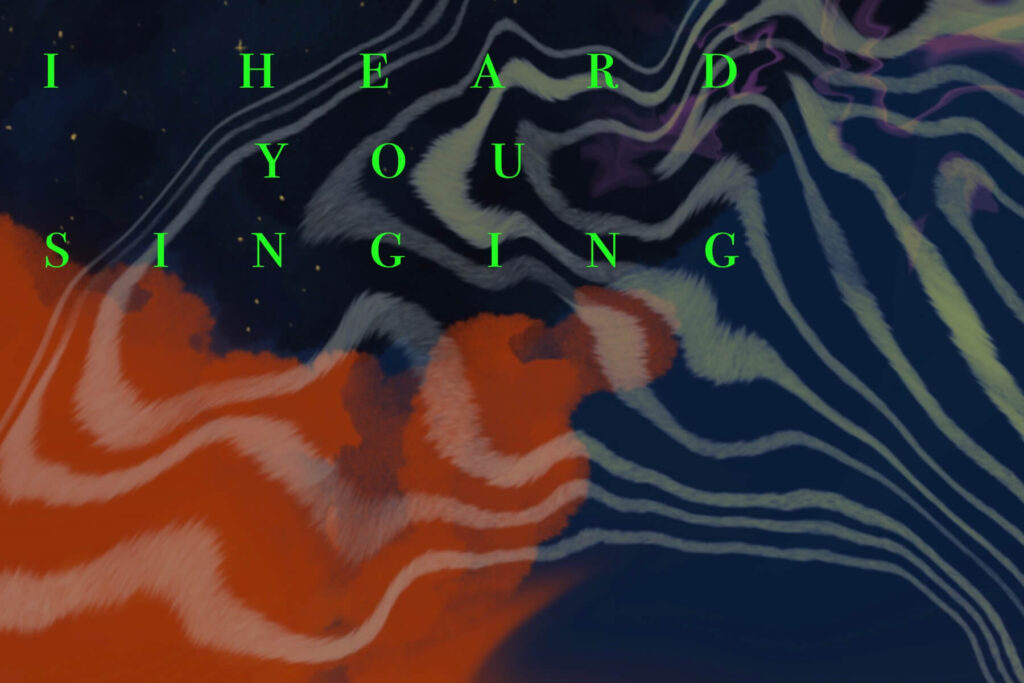 Listen to the original song:

Unlike my previous visual analysis, this time I chose to use a single drawing. Perhaps because it seemed obvious as a re-entry into my work and not too overwhelming. Hence, the songs selected for this matter were crucial for the outcome. Jacob Collier’s music has accompanied me for several years and and keeps fascinating me over again with each new album. His way of playing with music and instrumentation radiates a lightness and passion that infects me every time. His collaboration with marvelous Becca Stevens produced the song „i heard you singing“. This one already put me in in a state of flow due du to its lullaby character. Harmonically it regularly leaves its lulling regularity – but the swaying 5/8 beat still forms the driving, chiming element.

In the painting process, it was initially mainly colors to capture the basic, warm mood. The swaying, lulling feeling moves from the background to the fore. The cobination of different shades of orange and blue-violet seemed to be fitting the mood.

The uniform, interlocking patterns, which float like waves across the sky, give me the sense of rhythm again, in which I lose myself again and again while listening.

The focus is on a radiant entrance (or exit?). I may have been guided here by an interpretation of the closing section of the song, which adds a new energy and intensity to the entire piece.

Despite this strong musical movement, I felt the need for a static symbol. I find it gives all that is happening around it even more movement and life and leaves room for interpretation to the viewer.